Illegal, uncontrolled harvest of wildlife is known as poaching and it threatens the survival of wild animal populations. Today we’ll discuss poaching and its negative impacts on your wildlife. 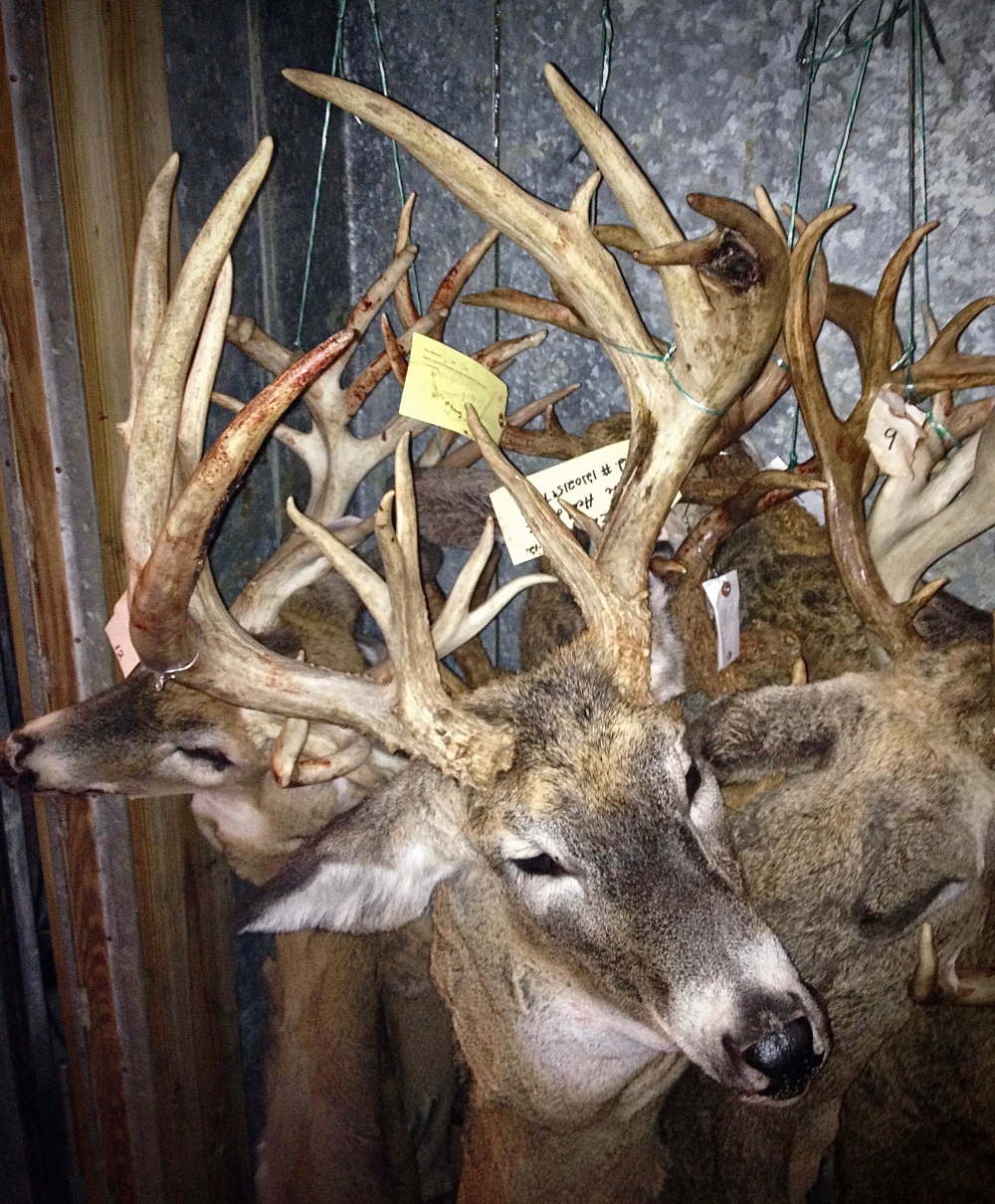 Unfortunately, poaching is more common than you may think. A lot of times you will find evidence like pictured below: this is a male deer who has had its head removed for the antlers. Poachers prefer being close to roads as to allow easy access for spotlighting, shooting, and getting away from the crime as quickly as possible. I have found them also having the “back straps” removed (a choice cut of meat on each side of the spine) but that is rare.

Game wardens will employ a robotic deer which they will set up along roadways in order to catch poachers in the act. See an example in a video of that here with the Utah Division of Fish and Wildlife:

Poaching is an additive type of mortality and can quickly lead to the loss of a wild animal population!

To build upon our mortality graphs, when you add poaching into the mix you can see how detrimental it can be to your wildlife populations: 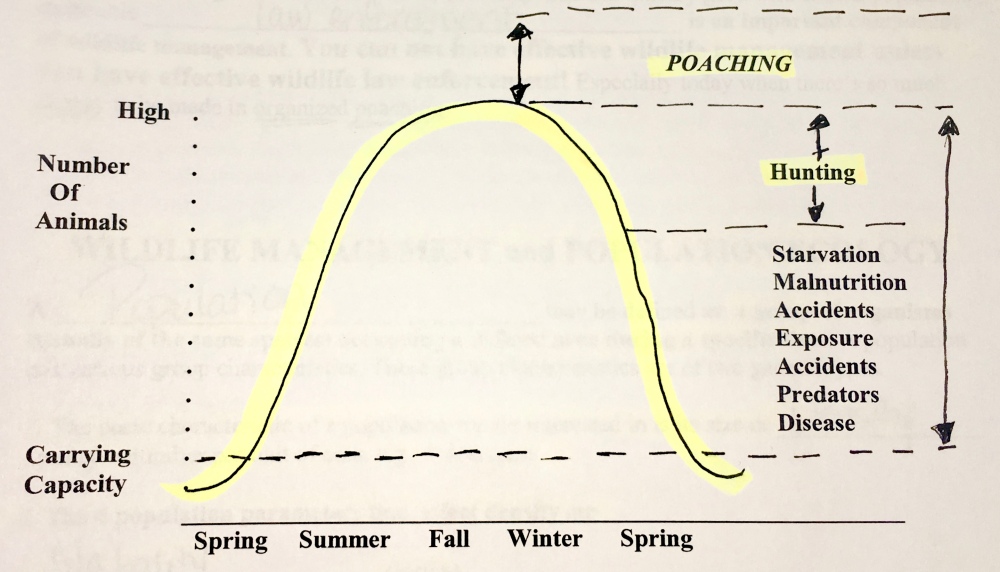 So how much of an impact can poaching have? Heres an example:

A study of white-tailed deer hunting in the eastern US revealed that the illegal kill of deer can be as high as about 50% of the legal harvest during the hunting season. The impact is so great because many animals are shot and wounded (and run off to die later) before an animal is killed and kept (aka the wounding rate).

So why do people poach wildlife to begin with? 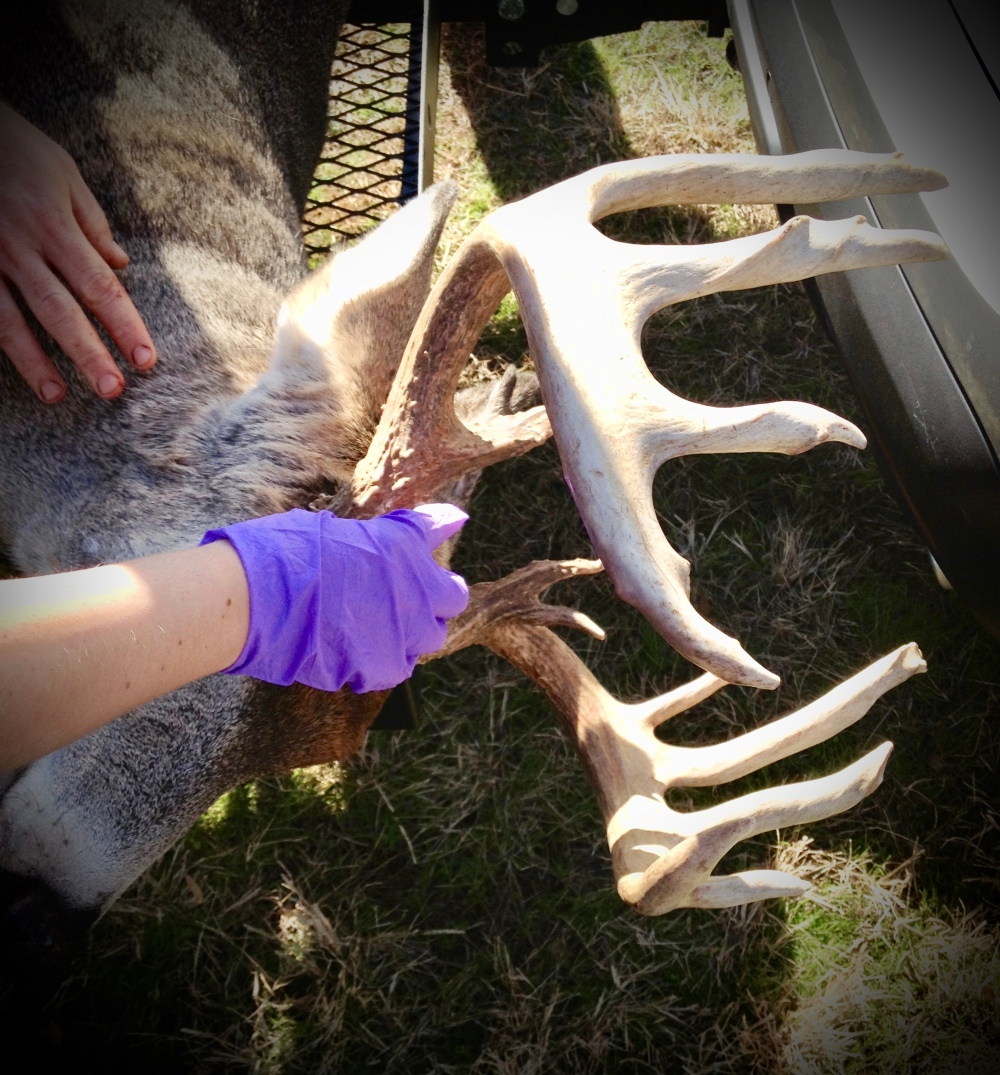 If you ever find evidence of poaching, please call your local Fish and Wildlife department, DNR, local law enforcement, or a game warden. Wildlife forensics is rapidly gaining ground and can help put a stop to these terrible crimes and help protect your wildlife populations!